COFA’s Elk Hunt Camp finished up this past week with a new twist.  This time COFA hosted a separate women’s camp for hunting. 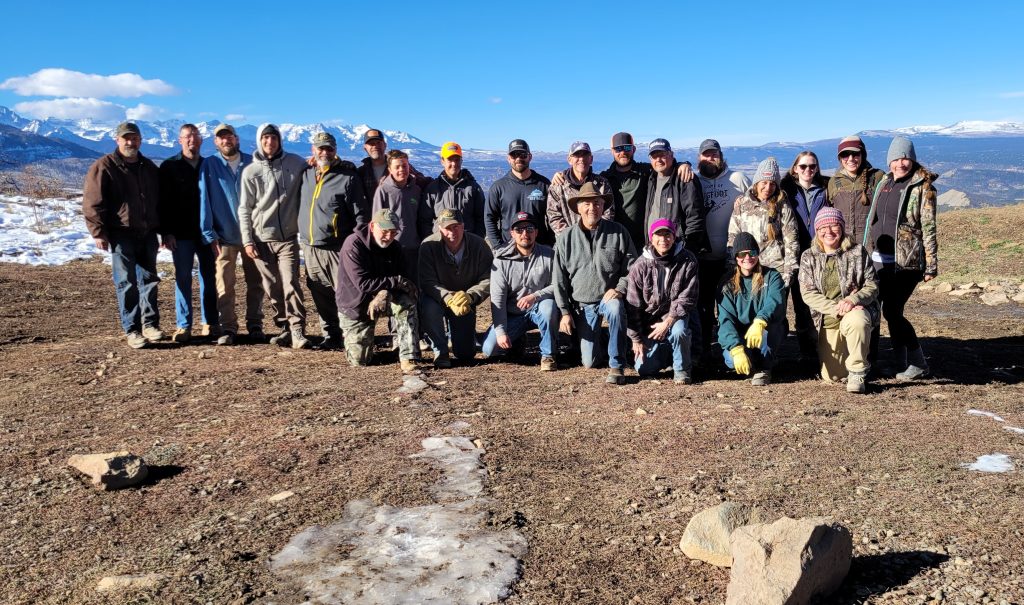 That’s right, we now have a Men’s camp and 9 intrepid ladies joined us for our inaugural women’s camp!

This year we ended up staying in the same camping area but both camps were self sufficient. For the first time, COFA’s hunt camp was set up in snow.  Usually we see snow, but not before setup day so it made things a bit muddy. After Thursday’s setup, everyone went out on Friday to scout for the prime locations.  Due to the heavy snow, most everyone stayed a bit lower in elevation this year but it turns out, so did the animals.  Colorado’s Second Rifle Season opened Saturday and everyone was in their chosen spot.

Just about everyone saw some type of animal but, as can be typical when hunting, hunters saw different species or gender from the tag they actually had.  I personally saw a buck mule deer but only had a elk cow tag so not much we could do. 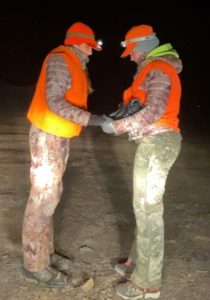 Praying before the hunt

When we packed up on Wednesday, the group had harvested 2 buck mule deer.  Charlotte did find a nice elk antler shed and has something she’ll be smiling about for a long time.

Some might consider that an unsuccessful hunt but the hunters in camp disagree.  Everyone had a good time, albeit cold and muddy.  Our hunters were thrilled to see animals moving and many are already talking about coming back next year to try again.  The hunters also loved their time in nature and being able to spend time in contemplation with our Lord.

Each night we had devotions in camp further strengthening our ties to Jesus Christ.  On Sunday night, we took a break from hunting and had dinner at the original True Grit Cafe in Ridgway, Colorado. 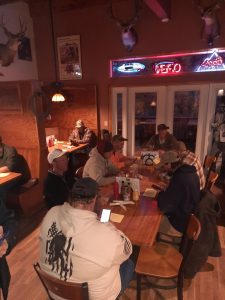 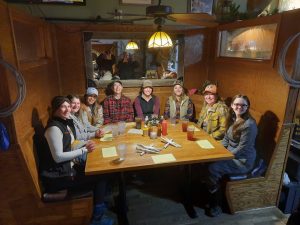 Slots fill up quickly so if you want to join us in 2023, please go to our Hunt Camp page and register with your deposit.

Click the elk below to check out some other pictures in the COFA Hunting Photo album. 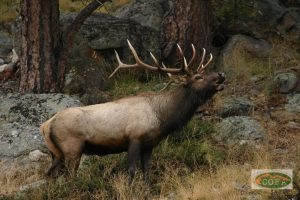 About Us
History
Biographies
Women's Outreach
We Believe
Contact COFA

Get a daily devotion for the outdoor enthusiast! By going to our COFAtips website you can sign up for these daily (Monday-Friday) devotions or sign up to get reminder notices prior to each of our events.
Sign Up for COFAtips COFATips